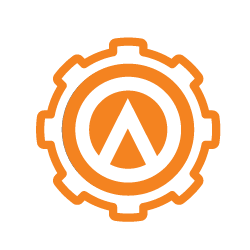 Alias achieves anonymous transactions through the use of known strong cryptography and novel world-first solutions not seen in other projects. Alias was the first cryptocurrency to implement anonymous staking using ring-signatures. Alias was the first cryptocurrency to fully integrate Tor and has unique network security features. Alias shields the identity of the sender and the receiver in a private transaction and offers superior privacy for users. Below is a brief summary explaining the key features of the Alias software. 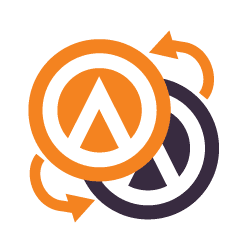 Alias public and transparent and Alias private and untraceable are easily swapped at anytime, offering either accountability or anonymity as needed. Both coins can be staked for rewards.

A blockchain consensus model where the creator of the next block is chosen via various combinations of random selection, wealth, and coin age, making transactions approval fast and a network more scalable. ALIAS utilizes both Proof-of-Stake Version 3 (PoSv3) and Alias’s unique Proof-of-Anonymous-Stake (PoAS). interest rewards are fixed at 2 Alias for PUBLIC Staking and 3 Alias for PRIVATE Staking per block plus generated fees. Offering an average ROI of between 7%-11%

In traditional PoS cryptos, the UTXO (Unspent Transaction Output) is used in the staking calculation. In Alias APoS we use the so-called ‘keyimage’ associated with an ATXO (Anonymous Transaction Output) instead as an input in the staking calculations for private balances. An ATXO is associated with a discreet private-ALIAS value and has a unique cryptographically determined ‘keyimage’ associated with it. APoS offers a through-and-through confidential way to maintain consensus and provide strong privacy for participants whilst securing the network. It is also appropriate to emphasise that APoS is entirely decentralised. APoS does not depend on any central servers or authority and is 100% peer-to-peer. There has never been any trusted setup. APoS provides robust network resilience with no single point of failure whilst providing outstanding privacy for users.

Simply put: Every time you initiate a private transaction, a brand new random receiving address is generated on behalf of the recipient. This protects the recipient’s identity from anyone watching the network. 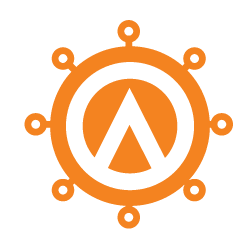 Simply put: We use established and robust cryptography to protect the sender’s identity from anyone watching the network.

In cryptography, a ring signature is a type of digital signature that can be performed by any member of a defined group. Any member of the group each has the required keys. A distinctive ring signature is generated through a process that combines the keys of all possible signers and other values and which are then subject to a hash function. This type of signature hides the sender in an anonymity set and provides so-called “plausible deniability”. Any adversary will not be able to determine who the sender is if the anonymity set is of sufficient size. Alias uses a ring size of 10 as a default, meaning that in any such transaction there are nine decoys and one real input. There is currently a vast array of decoys of all denominations in the system to provide excellent randomness of decoy selection.

Simply put: Alias incorporates unique algorithms to maximise the anonymity potential for the sender in a ring-signature transaction.

There must be an ample supply of unspent ATXO decoys for inclusion into the ring-signatures to achieve consistent anonymity. If an ATXO is staked, the algorithm searches for the denomination with the least amount of unspent ATXOs within a range of values. Suppose a denomination in this range is found with less than 100 unspent ATXOs. In that case, the staked ATXO will be split to create one ATXO of the”low running” denomination. Also, through the APoS process and in any anonymous transactions (private-to-private ALIAS transactions), there will be constant creation of small value ATXOs from staking rewards and transaction change. This will tend to result in larger transaction sizes in subsequent transactions as the number of smaller value ATXOs are combined for the desired output amount. Alias solves this problem via an ATXO consolidation algorithm, as part of the ATXO staking transaction where same value ATXOs are consolidated into larger value ATXOs. The ‘consolidation algorithm‘ then tries to consolidate up to 50 ATXOs. These two algorithms achieve the right balance and supply of decoys while maximising performance. 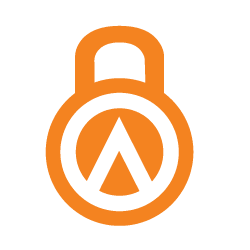 Simply put: Alias includes algorithms to ensure that certain unusual situations that could compromise anonymity do not occur.

In a private transaction, the sender could own any one of the ten ATXOs used in the ring-signature. An adversary cannot determine which of the 10 ATXOs included in the ring-signature is being spent. Decoy ATXOs called ‘mixins‘ are at the core of ring-signature privacy, and it is paramount that the software can pick the right decoys. An unusual situation could occur where all the mixins available for a specific denomination become spent except for the sender’s ATXOs to be spent in the transaction. This situation could compromise the anonymity of the transaction and the mixins, although these circumstances are improbable. Furthermore, all the ATXOs created in the same transaction are part of an ‘ATXO Set‘. Those ATXOs will forever be linked to each other as they were created at the same time. There will always be multiple outputs in any transaction because amounts have to be split into discrete values. This could lead to a situation where the mixins in a ring-signature originate from the same ‘ATXO set‘. This could conceivably compromise anonymity by making the ring-signatures more susceptible to deductive analysis. In other words, an adversary might be able to determine which of the mixins are fake. Therefore, these situations cannot be allowed to occur. Alias solved these issues by incorporating specific ‘smart mixin picking‘ algorithms to maximise the anonymity of private transactions.

Technical: Alias uses what is known as ‘dual-key stealth technology’ to generate a private version of ALIAS whilst the corresponding amount of public ALIAS + fees are consumed in the process. The public ALIAS is associated with a private/public key-pair but when you transfer some or all of your balance into private ALIAS it can be thought of as ‘disconnecting’ the key-pair from the ALIAS coin and it instead get a single-use key-pair that cannot be linked to the ALIAS coin. 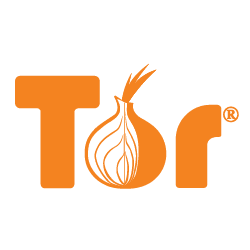 ALIAS incorporates software from The Tor Project that protects your IP address by routing traffic through several hops on the Tor network. This is a specialized network to keep your personal IP private from hackers and criminals. ALIAS further offers something called ‘OBFS4’ that disguises Tor usage as normal internet traffic, helping users in Tor blocked countries. 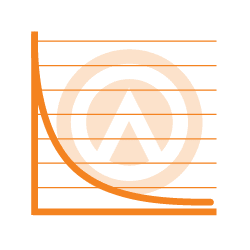 ALIAS’s inflation rate will vary depending on the ratio of public and private coins earning interest on the network but will lower over time, decreasing the relative new supply. There is no maximum amount of ALIAS that can be created and this will provide a constant incentive for new core collaborators to enter the network.

3% AND DECREASING
OVER TIME TOWARDS ZERO