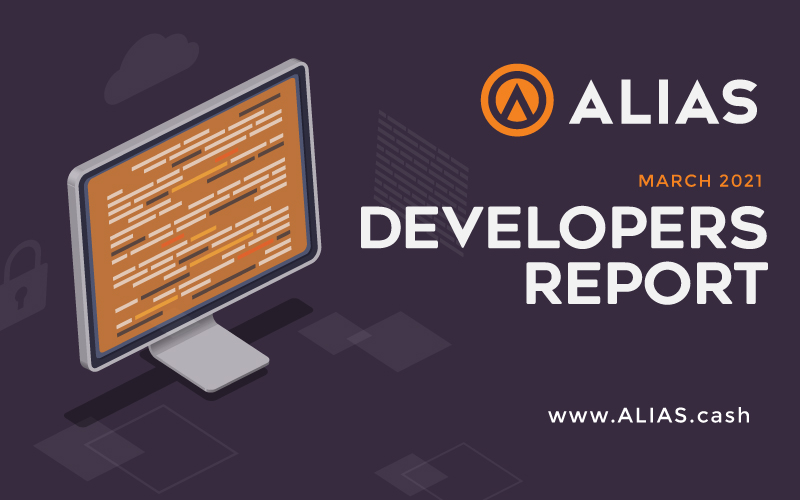 Wow, time is running fast and we’re already in the 3rd month of 2021. A lot is happening on the development front!

Here is the latest news.

As our LATAM community is growing fast, it would be a nice improvement for acceptance and usage, if the wallet has working localization functionality. The base for this is already on the code but has not been functional. At the end of 2020 we started looking into this and the first commit in 2021 was the beginning of the multi-language refactoring. It was surprisingly easy to fix as the functionality and a lot of strings on the codebase were already in the right form to be replaced on the user interface. But of course, there were a lot of small details to improve a/o to change, to make the localization experience as good as possible.

Together with this refactoring a project account at Transifex was created and filled up with the already existing partial translations. With this setup, everyone who is interested to make an own contribution to the project is invited to join! Please head over to Transifex, create an account, and jump onto the language you like to translate. At this point, a big thank you to all the translators, who already contributed! German, French and Spanish are finished!

Last year we needed to shut down our Continuous Integration (CI) infrastructure at AWS to reduce costs. Since then the whole CI was running on private infrastructure, which brings some drawbacks. The most important thing was mentioned by our community member @bedla: The build badges at the Github repositories where broken as the CI infrastructure is not publicly accessible, which might lead to the wrong conclusion, that the project is abandoned. This is not the case of course but this was something to be addressed.

Fortunately, @bedla comes up with the idea to use Github Actions and started the first refactorings as a proof of concept. Thx to his effort, we could already migrate the major part of our CI from Jenkins-based builds to Github actions. To see Github’s actions “in action” or at least to see the result, have a look here.

A nice side effect of the Github actions refactoring was the ability to create sha256 checksums for all downloadable files. The checksums are printed on the build log right after their computation and got uploaded to the Github release area together with the corresponding artifact. See [4].

Still not re-listed on Cryptomiso, but if we were, this would place us at #16!